The featured photo is of Miep Gies, the woman who helped Anne Frank’s and 4 more Jews into hiding at the secret annex, a brave act of kindness. This is a tribute to her too. So, this was my first ode, actually quite irregular Pindaric ode. Now I missed the previous week, I’m sorry, I was not quite well. I got inspired to write this after seeing the kindness of people and their concern during these times. I wanted to participate in the NaPoWriMo, but as you know, it is quite late for that. But I’ve pledged that I will only put the stuff I’ve written this month on the blog, and it is going to be poetry.(obviously) I hope to try any new poetry form, or write something other than my writing style like I did in the first poem of this month. So, that’s it to my banter today.

I am back! Well I am done with my exams, and they ended a week ago. I am so so sorry for not posting as soon as they got over. Well, better late than never I guess 😦

Welcome to my first Hindi post on this blog! For all the non-Hindi speakers, a translation is there in the end.

END_OF_DOCUMENT_TOKEN_TO_BE_REPLACED

Extremely sorry for not writing the previous week, I have my finals approaching so you might see some irregularities till mid march though I will try my best to upload. I apologize in advance. I present to you again one of poems:

When I was in class 6th, I learnt from my general knowledge book that cuckoos do not build their own nests, instead lay their eggs in the nest of the crow. That was when I wrote a poem on this idea.

END_OF_DOCUMENT_TOKEN_TO_BE_REPLACED 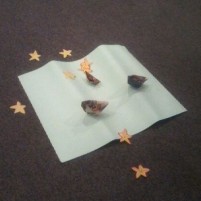 Thoughts-poetry on life, nature and spiritual

Life past, present, thoughts about the future, and ever changing world

A workshop of ideas

Deep into that darkness peering, long I stood there, wondering, fearing, doubting, dreaming dreams no mortal ever dared to dream before. - Edgar Allan Poe

To the Salt of the Sea
Palpable Pennings

My Thoughts, My Poetry...

Made of sticks and stones

Come for the humour, stay for the sappy poetry.

A daily selection of the best content published on WordPress, collected for you by humans who love to read.

The latest news on WordPress.com and the WordPress community.